Making a Straw Man of the DSM

I have now twice made the same mistake in print. In a letter to The Psychologist I said that the DSM entailed assumptions about "medical-genetic underpinnings". In an article for Clinical Psychology Forum, I said that "DSM-5’s authors are erroneously committed to considering them [mental health diagnoses] as ‘brain diseases’".

Neither of these statements is true. Here is how the DSM-5 defines a mental disorder:

"A mental disorder is a syndrome characterized by clinically significant disturbance in an individual's cognition, emotion regulation, or behavior that reflects a dysfunction in the psychological, biological or developmental processes underlying mental functioning. Mental disorders are usually associated with significant distress or disability in social, occupational, or other important activities. An expectable or culturally approved responses to a common stressor or loss, such as the death of a loved one, is not a mental disorder. Socially deviant behavior (e.g., political, religious, or sexual) and conflicts that are primarily between the individual and society are not mental disorders unless the deviance or conflict results from a dysfunction in the individual, as described above."

Further to that, here is how the DSM suggests a clinician should determine the cause of any given "disorder":


"The case formulation for any given patient must involve a careful clinical history and concise summary of the social, psychological, and biological factors that may have contributed to developing a given mental disorder. Hence, it is not sufficient to simply check off the symptoms in the diagnostic criteria to make a mental disorder diagnosis. Although a systematic check for the presence of these criteria as they apply to each patient will assure a more reliable assessment, the relative severity and valence of individual criteria and their contribution to a diagnosis require clinical judgement. The symptoms in our diagnostic criteria are part of the relatively limited repertoire of human emotional responses to internal and external stresses that are generally maintained in a homeostatic balance without a disruption in normal functioning...The ultimate goal of a clinical case formulation is to use the available contextual and diagnostic information in developing a comprehensive treatment plan that is informed by the individual's cultural and social context." 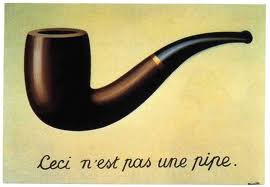 The intention of both of my pieces of writing was to complicate and critique the arguments that get made against diagnosis, so how have I fallen into the cognitive trap of making a straw man? Presumably the answer is that when you spend enough time engaging with a group and absorbing its norms, you develop a sort of false consciousness. So often we hear it said that it is the intention of the DSM to medicalise the field that we can easily start believing it without actually reading the manual. It looks like I might actually be falling prey to the first and second of the three myths I have written about here.

Over-medicalisation is problematic when it represents a needless simplification of reality and stands in the way of our responding effectively to mental health problems. It certainly goes on, and the DSM certainly plays a role in facilitating the process. However, the culturally prevalent idea that any given "disorder" has a single simple cause cannot just be laid at the door of the DSM. If we got rid of the manual we would not see a rapid disappearance of the assumption. Instead, the simplification arises from a complicated network of research findings, news articles, educational experiences, drug promotion and "common sense". When an aspect of our reality is as hard to understand as mental health, we can be expected to latch onto any explanation we can understand. When we dislike the results of this heuristic bias, we can be expected to find a culprit. The DSM is an easy target.
Huwtube at 11:24
Share